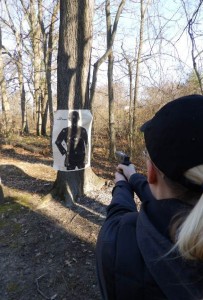 Since the tragic events of September 11, 2001, few Americans feel comfortable traveling without some form of personal protection. Many opt to carry a firearm simply because it is the best, most effective, weapon for one person to wield in self-defense. But each state’s laws regarding firearms possession and carry are radically different. While certain states allow a loaded handgun to be carried in the glove compartment, other states prohibit such carry and penalize it as a felony. Some even go as far as to make an unloaded handgun locked in the trunk illegal.

Travelers who carry firearms on a regular basis know full well the variant nature of this situation. A routine traffic stop for a speeding violation could turn into a nightmare journey through the criminal justice system if the traveler isn’t aware of the proper way to carry or transport his firearms in a vehicle. Attorney J. Scott Kappas uses case law and statutory authority to render plain English advice as to how a traveler should carry firearms while visiting the many states of our great nation.

Noted author, psychologist and certified firearms instructor, Dr. Bruce Eimer, stated, “Anyone who carries a concealed firearm and who travels, should keep this guide with them all the time. Use this guide to refresh yourself on the gun laws and restrictions of any state you expect to pass through. This book could keep you out of jail. I recommend it to all of my concealed carry students.“

Kappas’ book is not simply a restatement of the statutes. It is an easily readable narrative designed to unlock the complexities of state firearm laws. One million readers agree, the Traveler’s Guide to the Firearm Laws of the Fifty States is indispensable for staying on the road and out of jail !